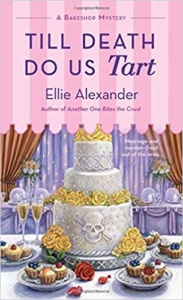 I’m always excited to hear when another Bakeshop Mystery by Ellie Alexander is scheduled to release and TILL DEATH DO US TART is no exception. This eighth book in her delightful series proves once again that cozy readers love memorable characters that we can relate to and cheer for. Ms. Alexander brings back the full cast of characters, including the dreamy Carlos. (Can you tell I’m team Carlos?!?!) We also get to finally meet his son, who is just as dreamy and has all the teenaged girls in Ashland, Oregon swooning. For those who have never read any of the other books in this series, there shouldn’t be a problem with following the story and figuring out who is who. The author provides just enough backstory to make it easy to follow.

The protagonist, Jules Capshaw, owns Torte Bakeshop with her mom. They are expanding and remodeling so the shop is quite chaotic, to say the least. Still, Jules manages to bake copious amounts of bread, goodies, and even an amazing one-of-a-kind designer wedding cake for her mother and ‘The Professor’s’ surprise wedding. The descriptions of her baking process are quite vivid and will have the reader drooling and wanting a special treat. Another central character in this new release is Lance, the artistic director for Ashland’s Oregon Shakespeare Festival. Even though Lance has been a fixture in previous books, he’s always been an enigma. I enjoyed reading as Jules is finally allowed to see beyond his façade and it was sweet to watch their friendship grow as they worked together to solve the mystery.

While I love revisiting the cast of characters and catching up with them, the actual murder(s) took place much later than usual in a cozy. I felt that it slowed the pace of the plot down, despite Jules being frantically busy with the remodel and her mother’s wedding. However, once the murder happened, the pace picked up and kept me glued to the pages. Ms. Alexander provides some twists that kept Jules (and me) guessing and the surprising reveal was one I didn’t see coming. Fans will gobble up this newest installment along with the delectable recipes at the back of the book!

And speaking of gobbling up, I’m sharing Ellie’s recipe for Triple Berry Coffee Cake, which is one of the many recipes she includes at the back of the book. Yummy and moist from a generous amount of berries used in the cake, my granddaughter said it tasted like Christmas! And of course she went back for seconds… and probably thirds when I wasn’t looking!

Jules Capshaw has too much on her plate―and she’s feeling the pinch: the whole town of Ashland, Oregon, is in on the surprise Elizabethan-themed wedding she’s planning for her mom and soon-to-be stepdad. But is her secret scheme half-baked? She’s hiding racks overflowing with sweet treats while Torte is topsy-turvy with a major remodel and the return of Jules’s estranged husband, Carlos. And until now, Jules had no clue about the bitter family feud that has her friend Lance frazzled and suspicious. But when a party crasher takes someone out with a serving of poisoned wine and Jules discovers the deadly cup was intended for her, it’s time to turn the tables on a killer. 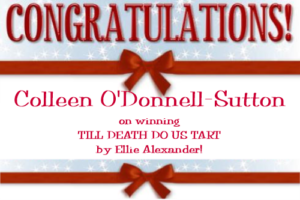 A special thanks to Ellie Alexander for providing a winner with a print copy of TILL DEATH DO US TART! Contest is limited to U.S. residents only and ends Wednesday, June 27, 2018 at 11:59 pm PST. Please use the Rafflecopter box located below to enter. The winner will be announced on this page and on Cinnamon & Sugar’s Facebook page, as well as notified by email (so check your spam folder!) 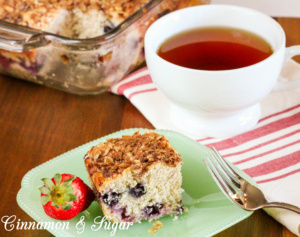 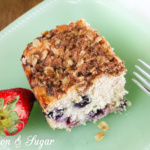 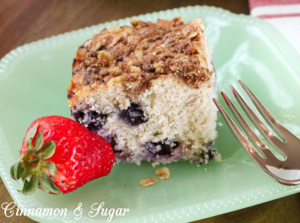 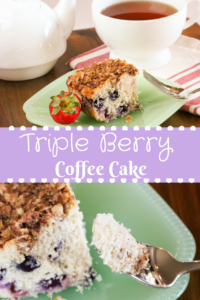 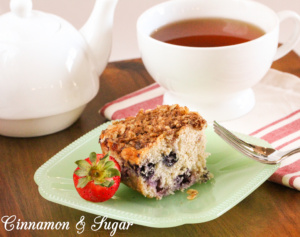