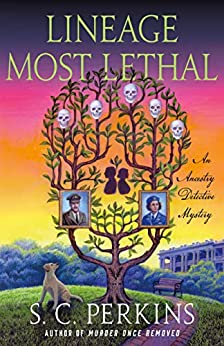 LINEAGE MOST LETHAL is the second book in the Ancestry Detective Mysteries by S.C. Perkins. While I thoroughly enjoyed the first in this series, Ms. Perkins finds her stride in this newest release and her writing shines. From memorable and well-developed characters to an intricate and well-paced plot to WWII intrigue to murder, the author weaves an entertaining tale. The protagonist, Lucy Lancaster, is a genealogist working on a family project for 24-year-old hotel heiress, Pippa Sutton. I love how intelligent Lucy is and the author is meticulous in inserting enough of the research process in tracking ancestors (through a variety of methods) into the story that gives it a feel of authenticity. She also includes an opening scene that promotes the preservation of ancient tombstones while still allowing a person to access the engravings without causing damage. I found it interesting, especially for those who might be fascinated in tracking down their ancestors. This added scene weaves in another layer of authenticity.

As I turned the pages and lost myself in the story, I often had to pause to admire the level of research Ms. Perkins had to undertake to create this book. I’m an avid fan of WWII historical fiction, especially stories of behind-the-scenes heroes and heroines who sacrificed to bring freedom to Europe. When combined with Lucy unraveling the history and the role her beloved grandfather played in the war, along with a current day mystery, I just couldn’t put the book down. Added to my admiration of how the murder mystery plot intertwines with the historical aspect, Ms. Perkins’ characters add enjoyment. Lucy’s two best friends, Serena and Josephine, bring lighthearted humor with their banter, while Lucy’s 92-year-old grandfather brings heartwarming moments. His zeal for life and his support of Lucy makes me hope he is featured prominently again in future books. As Lucy unravels the cipher left for her by the victim and as she follows the clues, she finds secrets that could be hiding the killer. With an edge-of-your-seat reveal, Ms. Perkins brings all the threads of the story together with a highly satisfying conclusion that has me waiting on pins and needles for the next release!

While there aren’t any recipes in the book, Lucy and her friends eat plenty of mouthwatering Tex-Mex dishes at Flaco’s Tacos. Oh how I wish there was a Flaco’s Taco near me! Ms. Perkins graciously created a recipe for Churros with warm Mexican Chocolate Dipping Sauce for me to share with you. Let me tell you, the first batch was gobbled up so quickly I made a second batch the very next day! I’ve eaten plenty of churros during trips to Disneyland but they didn’t compare with these. There’s something so delectable about eating fresh, hot from the skillet, churros that have been rolled in cinnamon and sugar, and then dipped into warm chocolate sauce. The combination elevates these to the stratosphere from anything I’ve had before. And on top of that, the recipe was easy to follow and didn’t take a lot of work. Probably the hardest part was cleaning up the oil after deep-frying :). For a special treat or when you want to go all out for a Tex-Mex meal, these churros can’t be beat! 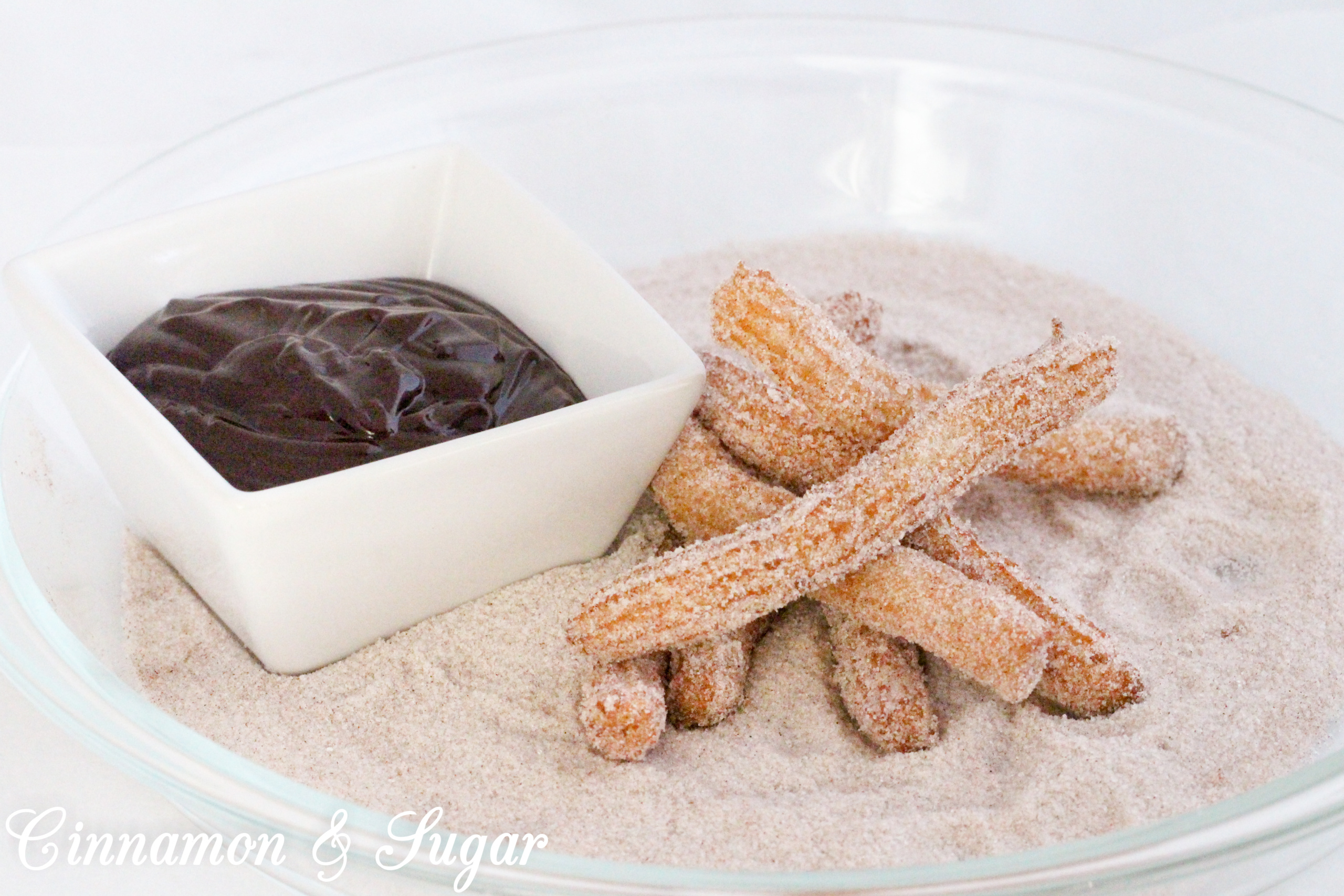 It’s the week before New Year’s Eve and genealogist Lucy Lancaster is ready to mix work and play at the beautiful Hotel Sutton, enjoying herself while finalizing the presentation for her latest client, hotel heiress Pippa Sutton.

Freshly arrived at the hotel—and determined not to think about Special Agent Ben Turner, who went radio silent on her after one date—Lucy is stopped in her tracks when a strange man comes staggering toward her. She barely has time to notice his weak, sweaty appearance before he presses a classic Montblanc pen onto her hand, gasps, “Keep them safe,” and collapses at her feet, dead.

When Lucy shows the fountain pen to her grandfather, an avid collector and World War II veteran, she’s in for another shock. Not only does Grandpa recognize the Montblanc, he also reveals a secret: he was an Allied spy during the war and the pen is both a message regarding one of his wartime missions and the key to reading a microdot left by the dead man.

On the microdot is a series of ciphers, some decrypted to form names. Could they be the descendants of Grandpa’s fellow spies? When two from the list end up murdered—including the chef at the Hotel Sutton—and Grandpa’s life is put in jeopardy, Lucy’s sure she’s right. And with Lucy’s and Pippa’s names possibly on the list, too, she’s got to uncover the past to protect those in the present.

With a secret Allied mission, old grievances, and traitors hiding behind every corner, Lucy must use her research skills to trace the list’s World War II ancestors and connect the dots to find a killer in their midst—a killer who’s determined to make sure some lineages end once and for all. 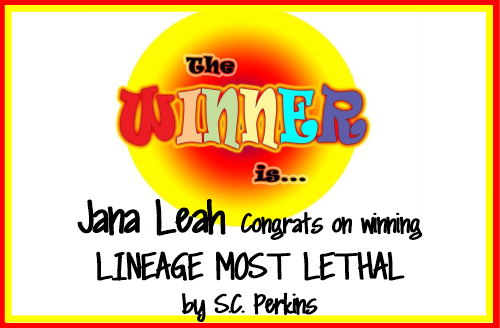 A special thanks to S.C. Perkins for providing one lucky winner with a print copy of LINEAGE MOST LETHAL! Giveaway is limited to U.S. residents. Contest ends August 2, 2020 at 11:59 pm PST. Please use the Rafflecopter box located below to enter. The winner will be announced on this page and on Cinnamon & Sugar’s Facebook page, as well as notified by email (so check your spam folder!) 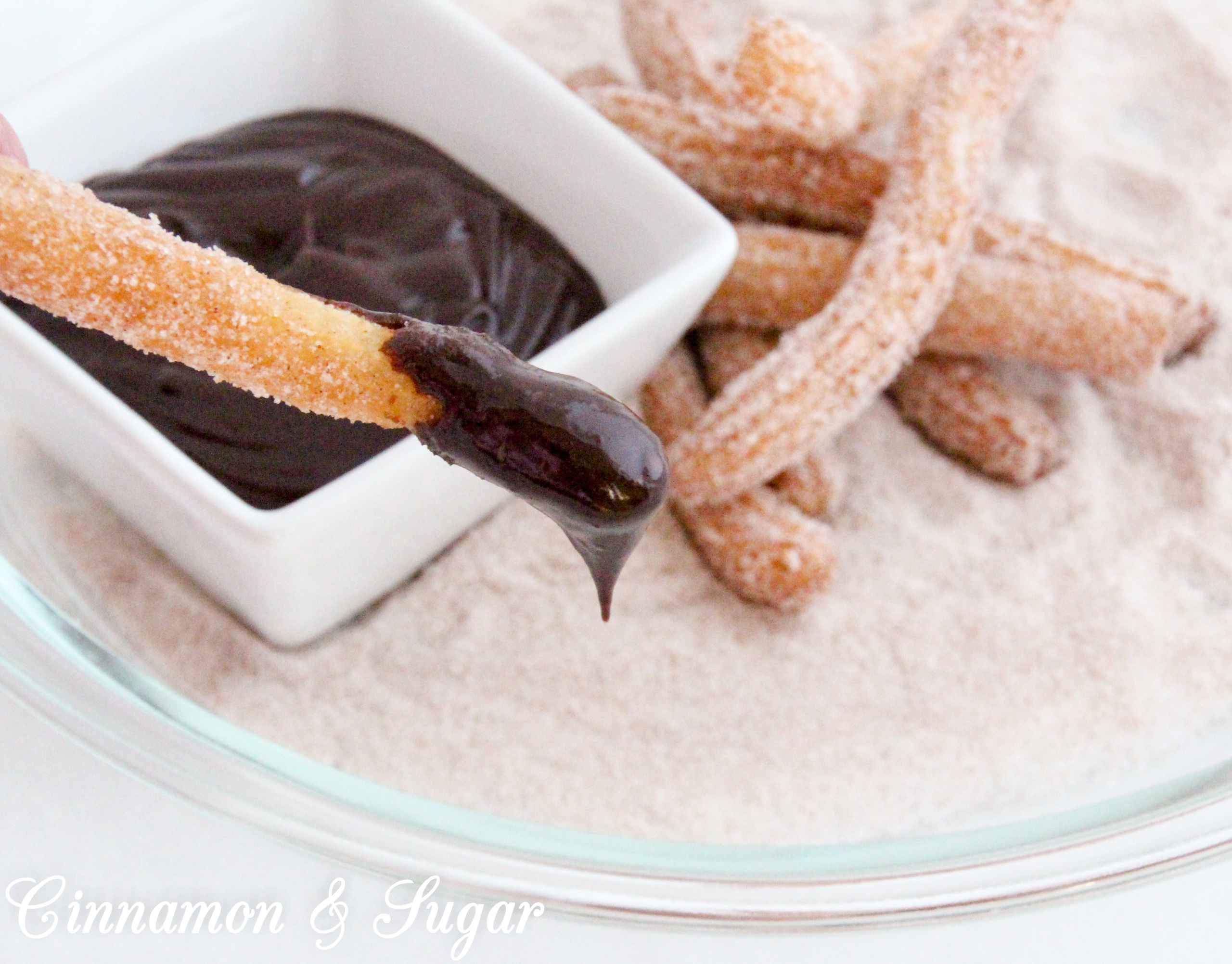 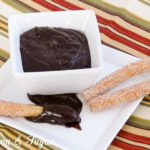 If you don’t have a pastry bag, these are just as tasty hand-rolled, even if not as pretty. Simply pull off a portion of the dough and roll it between your hands until it’s about ¾-inch in diameter. I find a four-inch-long churro is the perfect size, but you can make them any size you like. You can also make these into smaller bite-sized churros!

The Mexican Chocolate Dipping Sauce should be served warm and the consistency should be thinner than hot fudge sauce—but feel free to make it as thin or as thick as you like! You can also dip your churros in a warm caramel (or dulce de leche) sauce. 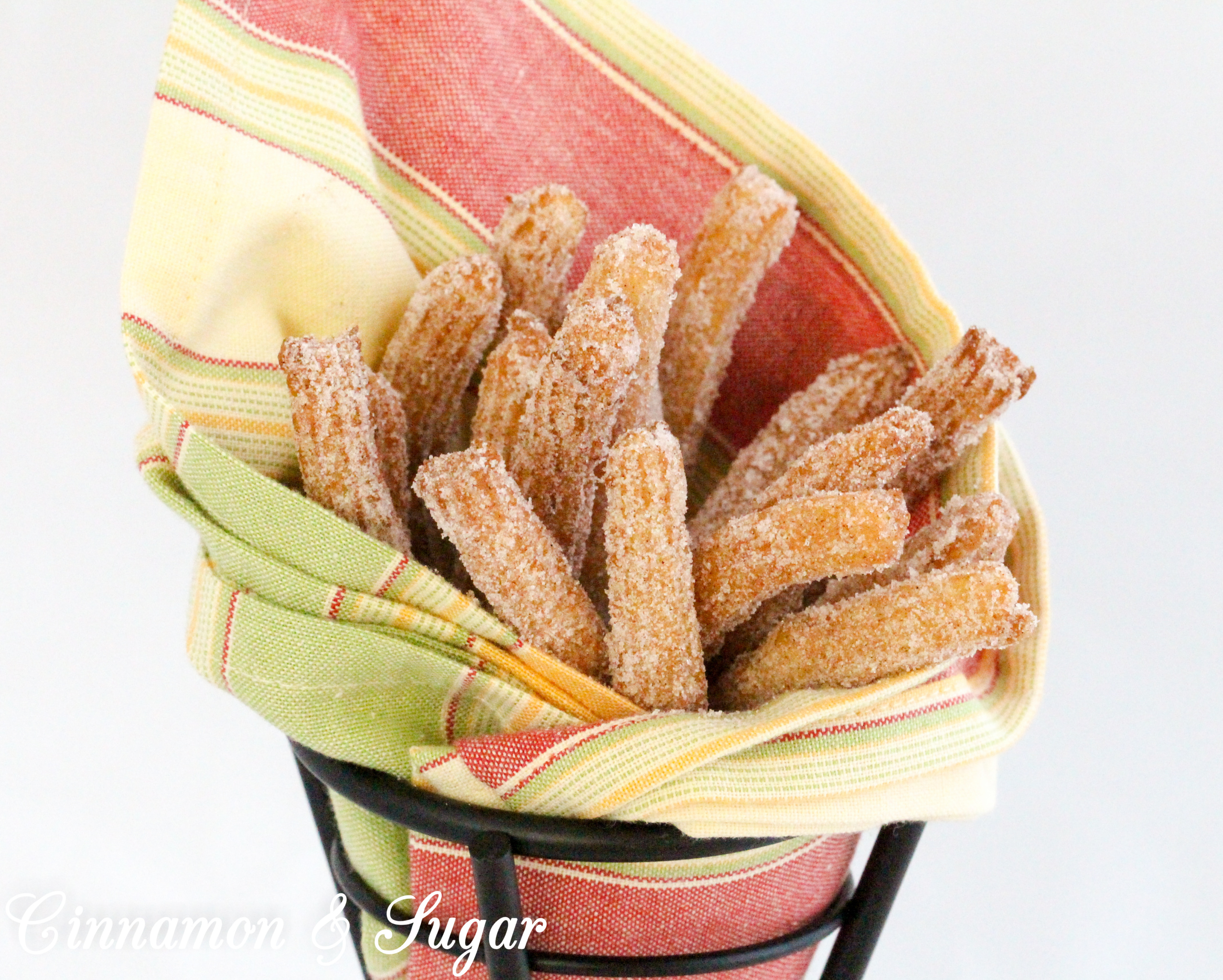 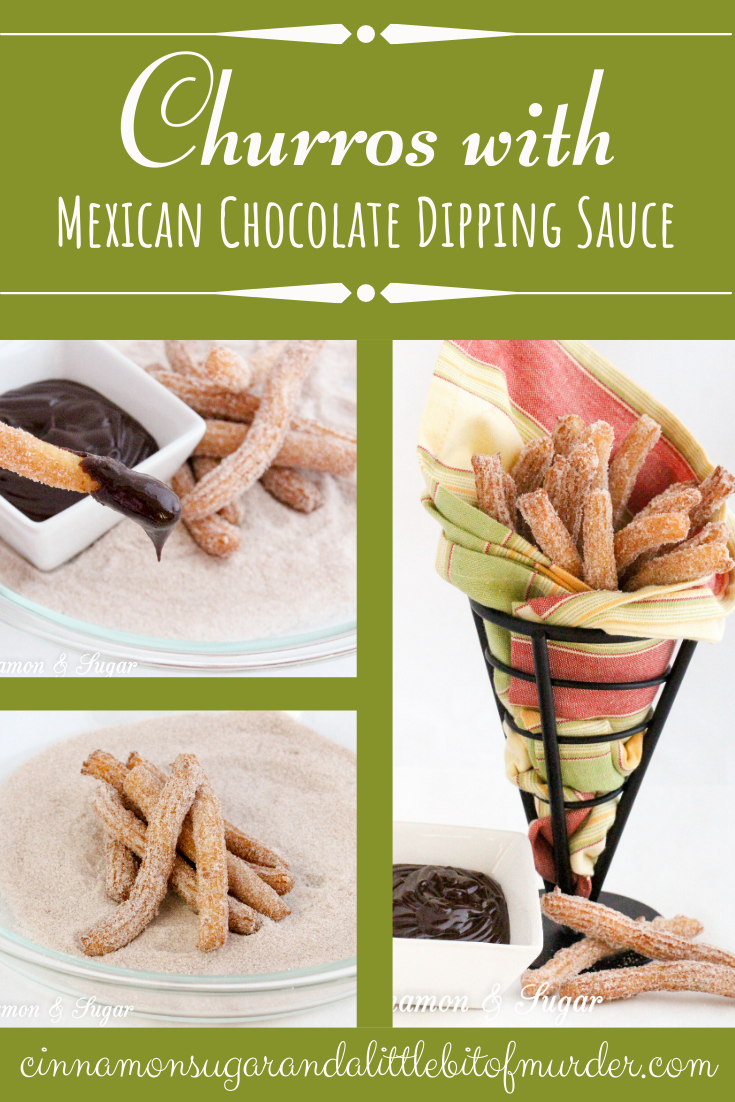 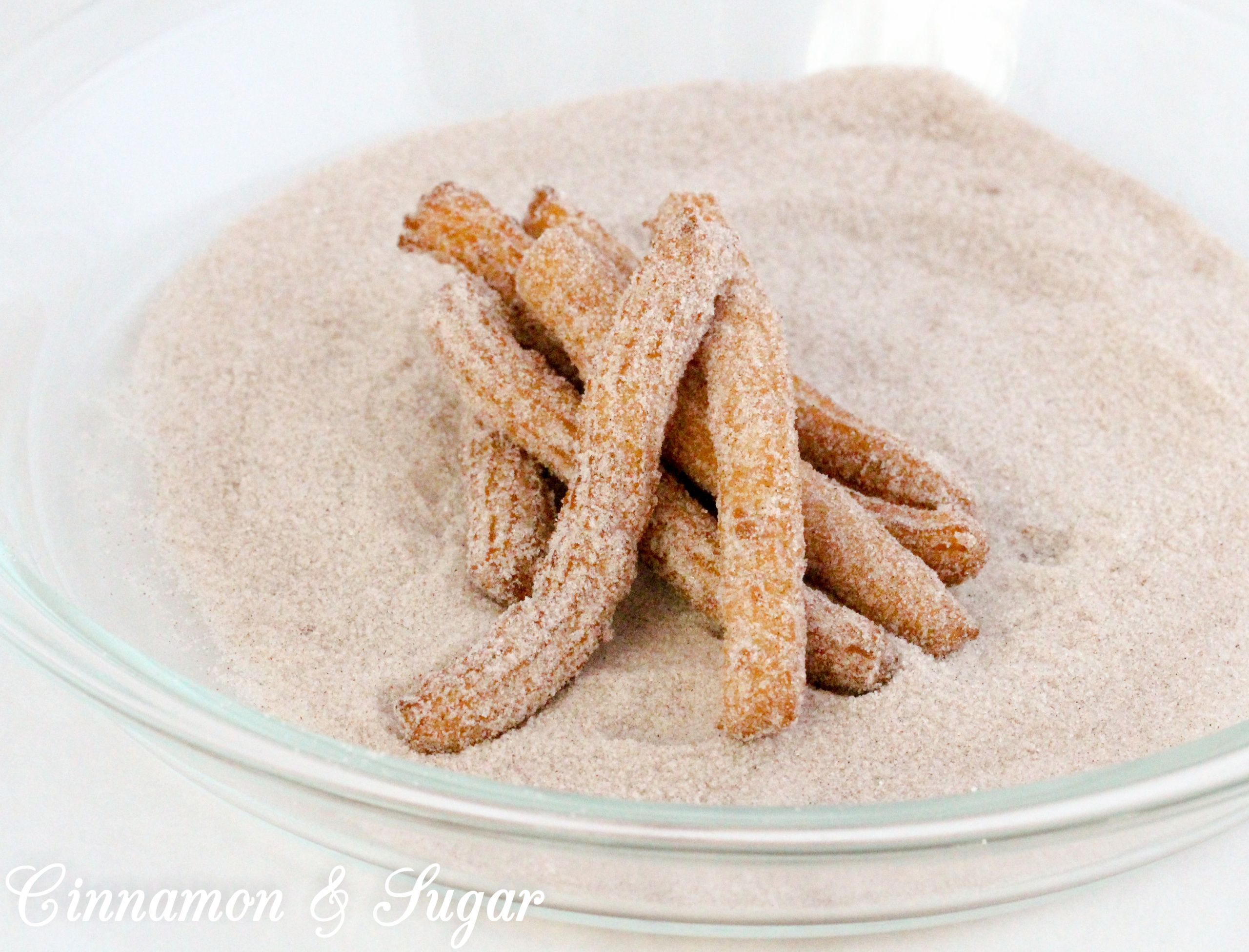