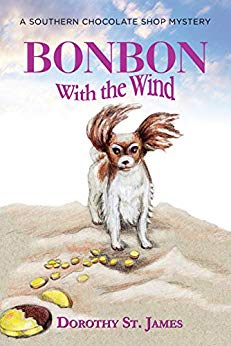 BONBON WITH THE WIND, the much anticipated fourth book in the Southern Chocolate Shop Mystery series by Dorothy St. James, is another entertaining edition to a charming series! This newest release continues the story of protagonist, Charity Penn, who goes by the name of Penn. I love how the author has developed Penn’s character from the very first book and continues her progression through this fourth book. Penn is finally learning to trust her friends and open herself up to love which adds a dimension of emotion to the story. While this can be read as a stand-alone I personally think it is better to start at the beginning. The metamorphosis the protagonist experiences after inheriting her grandmother’s chocolate shop (whom she never even knew existed while growing up) can be better appreciated by reading the books in order. The author’s strong descriptive voice brings the setting of Camellia Beach in full focus as the island experiences the devastation following a hurricane. The reader can feel the anguish the residents feel as they inspect the damage caused to their homes and business. I love how they work together to recover from the disaster.

BONBON WITH THE WIND brings a greater element of the paranormal to the story as well…not that Penn believes in ghosts or anything. I was greatly intrigued in the way the legends of the island were portrayed and woven into the story and into the murder. As Penn learns to trust her friends in matters of the heart, she also has to learn to trust them as she hunts for the killer of the elderly treasure hunter. I enjoyed seeing her work as a team instead of shutting them out. The mystery was well-paced and the clues were sprinkled throughout, although I didn’t guess right. With a suspenseful reveal, Ms. St. James wraps up the threads of the story into a highly satisfying conclusion.

Penn’s shop, The Chocolate Box, creates all sorts of yummy chocolate delicacies for the residents and visiting ghost hunters. When the hurricane damage halts delivery of their supplies, Penn and her chocolatier, Bertie, scramble to create treats with ingredients they can rummage together from the grocery store and their dwindling pantry. One of the recipes Penn comes up with is her Surprisingly Simple Chocolate Chip Brownies, which uses only THREE ingredients. (If you haven’t read any books in this series, Penn isn’t a cook or a baker or a chocolatier, so the simpler the recipe, the better.) I was intrigued but couldn’t quite picture how it would turn out. Let me tell you, not only was it one of the easiest recipes I’ve made, but it was super yummy too! The graham cracker mixture turned chewy (in a good way) while the chocolate chips added just the right amount of bitterness and texture to the mix. I added a quick drizzle of melted chocolate chips to the top of the brownies to make them a bit more visually appealing, but they’d still be delicious without it. Next time I need a spur-of-the-moment dessert, I’ll be making these Chocolate Chip Brownies since I always have these ingredients stocked in my pantry. 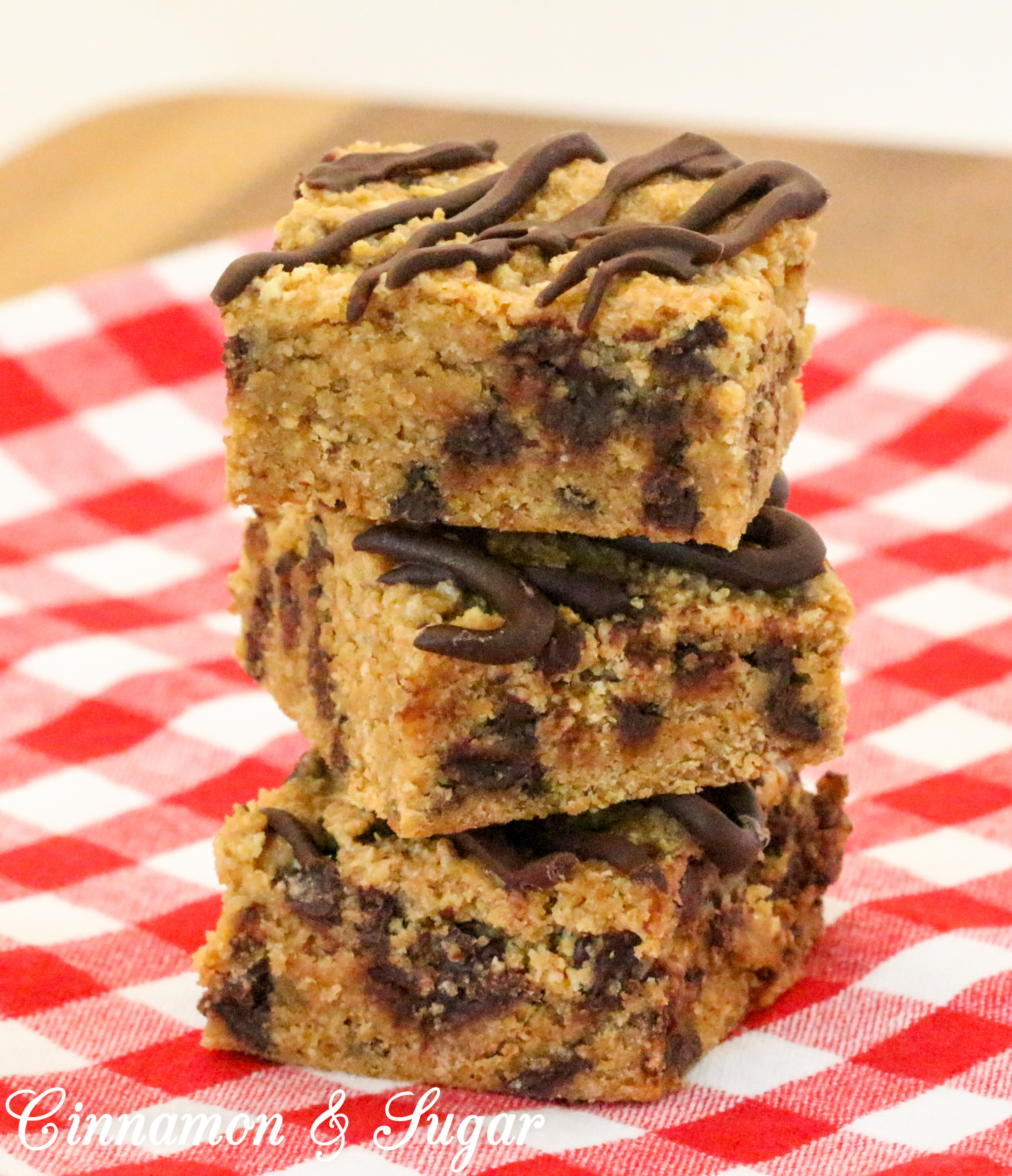 Penn’s perfect life on Camellia Beach is threatened. A powerful hurricane is heading their way.

There’s a legend in the Sea Islands that before a hurricane hits if you see the Gray Lady walking down the beach, you’re doomed. Joe Davies, a local treasure hunter with an unquenchable sweet tooth, claims to have seen the Gray Lady walking toward him just that morning and is terrified for his life. Penn saw the woman, too. But she doesn’t believe in such silly stories.

After the storm passes, Joe Davies’ body is found washed up onshore. Did the Gray Lady claim another victim? Many on the island believe that is exactly what happened.

Penn is sure there’s another explanation. She follows the clues and hints of lost gold to discover that the truth behind the treasure hunter’s death is as much of a maze as the boating channels winding their way through the local marshes.

A special thanks to Dorothy St. James for offering one winner a print copy of PLAYING WITH BONBON FIRE. Contest ends Wednesday, February 19, 2020 at 11:59 pm PST and is limited to U.S. residents only. Please use the Rafflecopter box located below to enter. The winner will be announced on this page and on Cinnamon & Sugar’s Facebook page, as well as notified by email (so check your spam folder!) 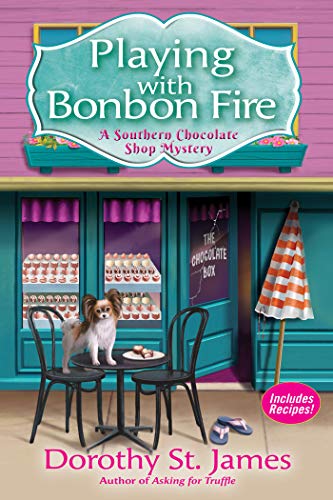 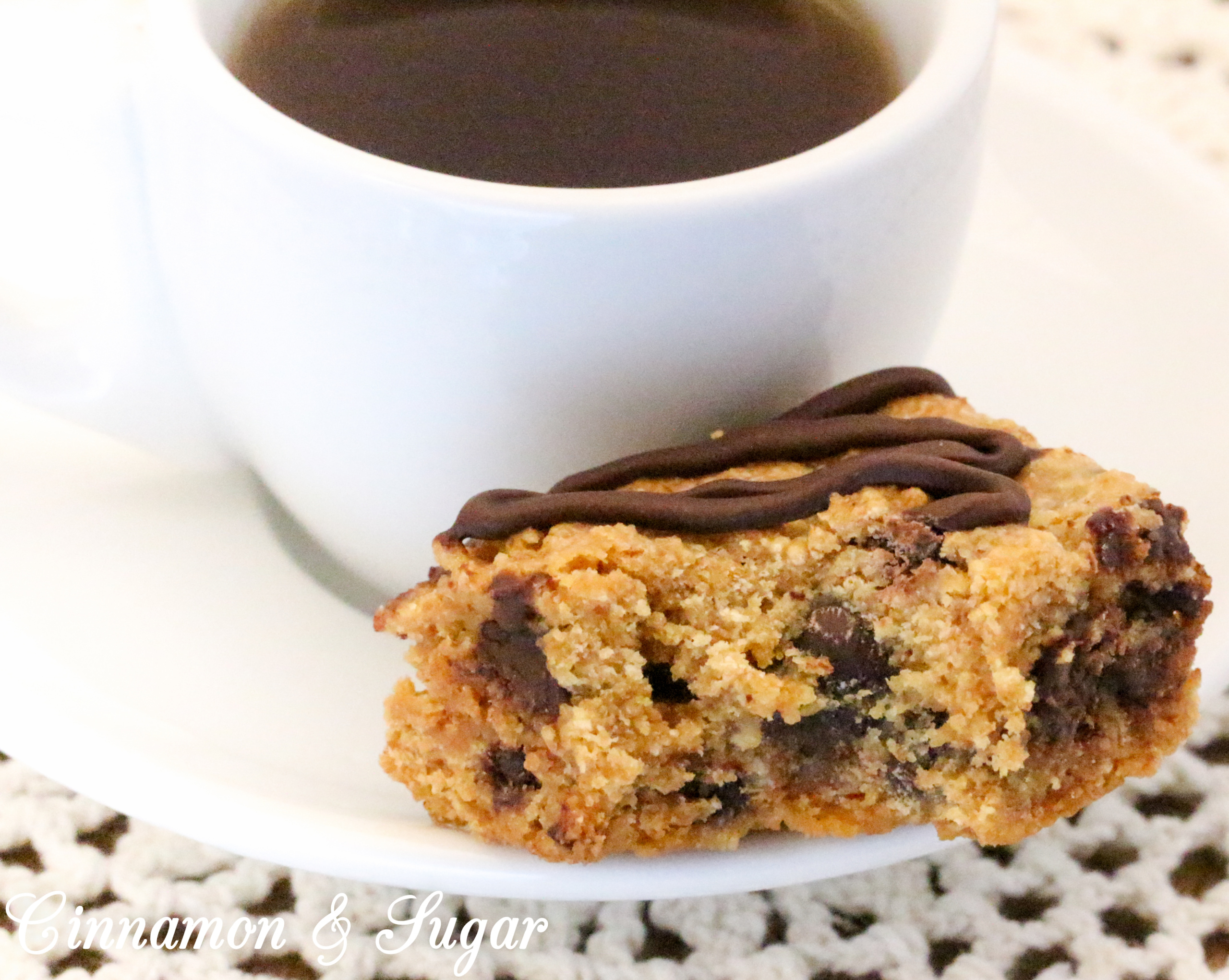 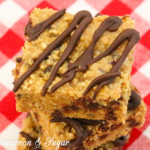 The secret to this recipe is not to over mix the batter. Penn has shared with this editor all the other ways that she's messed up this ridiculously simple recipe, but dear reader, we know that you have more sense than to repeat any of her appalling mistakes. This is a recipe that was given to her, so she doesn't know the original origin. But, let me tell you, I've tested this one myself. And although there are only three ingredients, if you use a good quality chocolate, you're going to find it difficult not to eat all of these brownies for yourself. 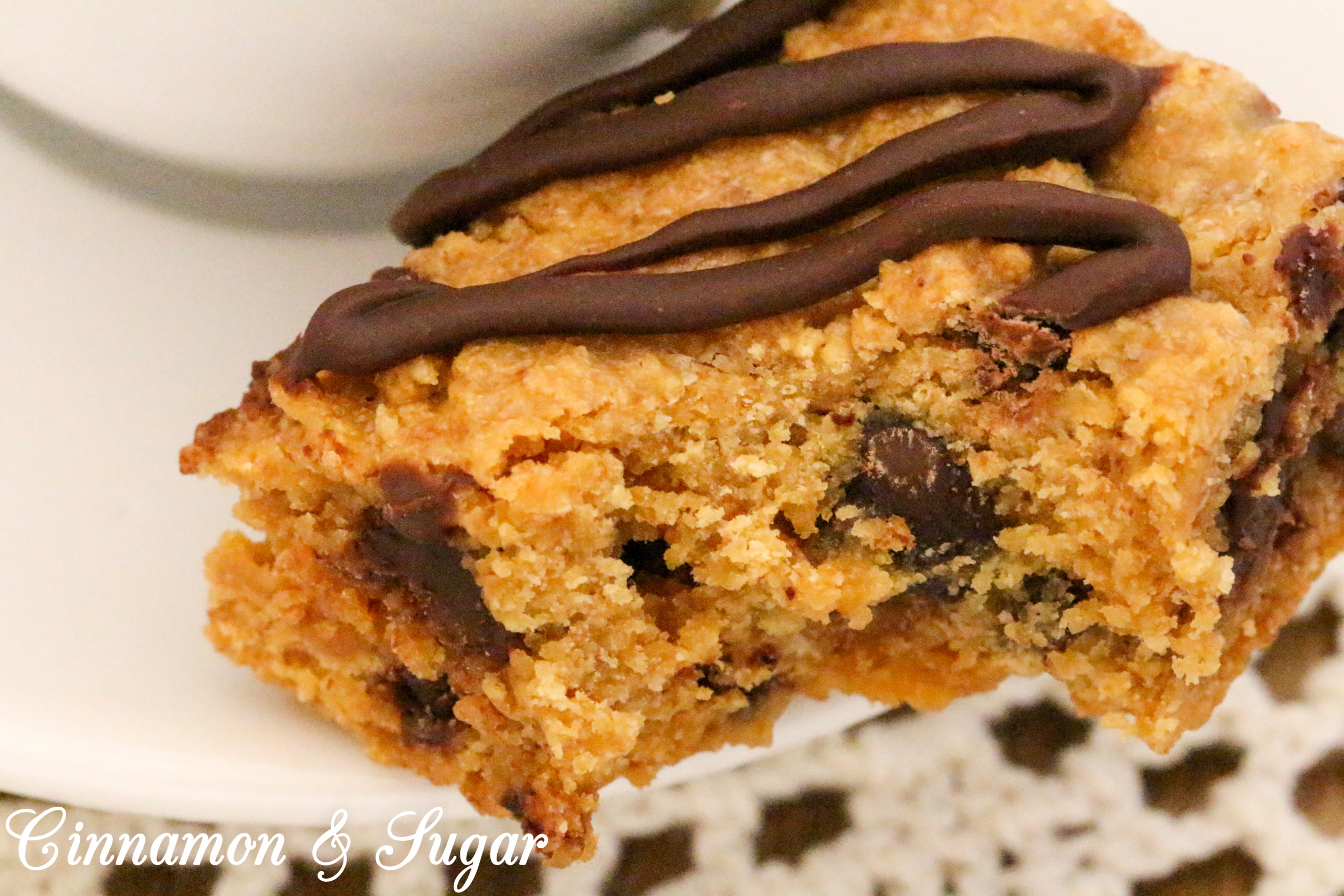 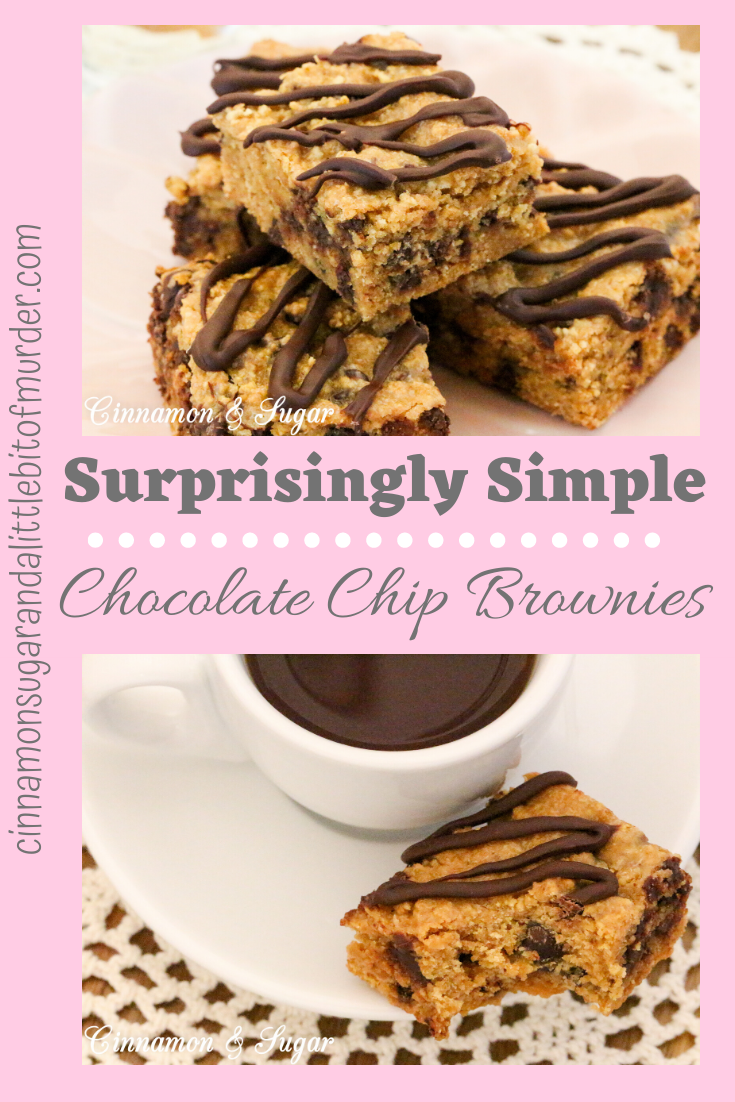 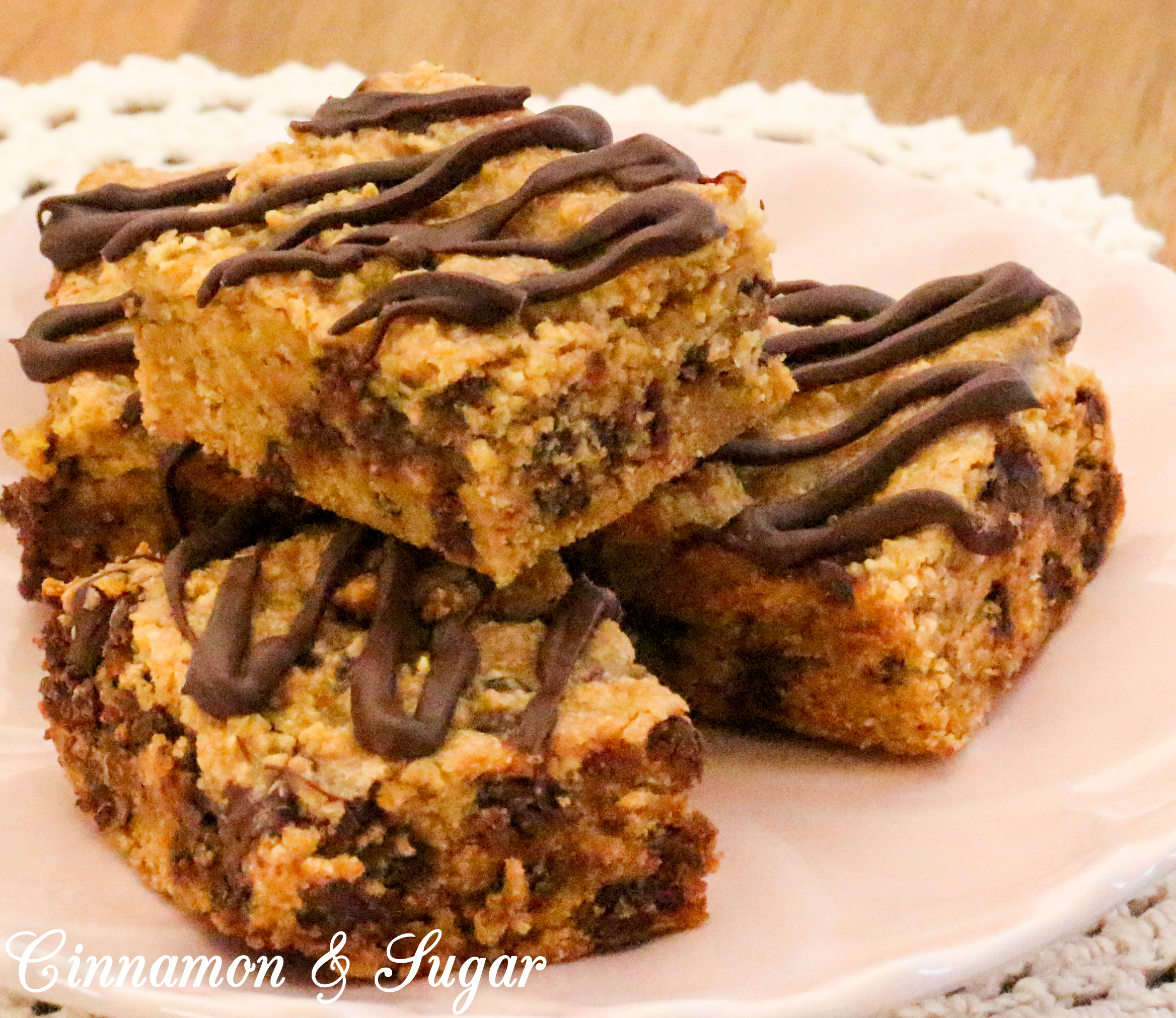